During the last ten days of 2022, the team of the Protector of Citizens in performing the tasks of the National Preventive Mechanism (NPM) made unannounced visits to police stations within the Police Directorate for the city of Belgrade. The team included a representative of the Lawyers' Committee For Human Rights.

PS Vračar, PS Palilula, PS Zvezdara and PS Mirijevo were visited, as well as PS New Belgrade, PS Stari grad and PS Savski venac, and the headquarters of the PD for the city of Belgrade, PS Voždovac and PS Rakovica. With these visits, the activities of the NPM continued, which are related to monitoring the manner of fulfilment of basic rights of persons apprehended and detained, primarily the right to access a doctor and a lawyer and the right to inform a close person about their deprivation of liberty, and the manner in which they are informed about their rights. The NPM team also visited the detention facilities in the visited police stations in order to check whether they are in accordance with the prescribed conditions, i.e. valid standards, and on that occasion conducted interviews with the detained persons.

These visits were preceded by a visit to the District Prison in Belgrade, where the members of the team, divided into two sub-teams, conducted unsupervised interviews with the detained persons on circumstances of the police officers' conduct towards them during their deprivation of liberty and detention and the manner in which basic rights of persons apprehended and detained are exercised. In addition, special attention was paid to the way of performing the first medical examination upon admission to the aforementioned institution, as well as to the documentation of injuries.

The professional conduct of all officials during the NPM visits is an example of good practice, as they acted in accordance with the legally prescribed obligation of the authorities to cooperate with the NPM.

On 9 December 2022, the Protector of Citizens, in performing the tasks of the National Preventive Mechanism (NPM), made an unannounced visit to the Special Prison Hospital in Belgrade. It was a thematic visit and it was carried out in order to monitor the institution's conduct towards persons deprived of their liberty who are in any form of isolation from other persons deprived of their liberty, their position and the exercise of their rights. During the visit, the NPM conducted unsupervised interviews with persons who, at the time of the visit, were subject to the disciplinary measure of solitary confinement, inspected the relevant documentation, visited the premises intended for the enforcement of solitary confinement and discussed with the officials the manner of its enforcement.

It was the last visit in a series of visits to institutions for the enforcement of penal sanctions dedicated to a specific topic that were carried out during this year. The findings of the visit will be published in a special thematic report.

The professional behaviour of the management and employees of the institution during the visit of the NPM is an example of good practice in work, in accordance with the obligation of the authorities to cooperate with the NPM.

On 22 November 2022, the Protector of Citizens in performing the tasks of the National Preventive Mechanism (NPM), made an unannounced visit to the Belgrade "Nikola Tesla" Airport. The NPM team checked the conditions of stay in the premises for the accommodation of foreigners who were refused entry to the country. The team visited the premises and spoke with the foreigners who were there at the time of the visit, and additional information was collected from the officials about the treatment of foreigners, as well as those who were refused entry to the country in the previous period.

Exceptional cooperation was achieved with the police officers of the Belgrade Border Police Station.

On Friday, 4 November, the Protector of Citizens, in performing the tasks of the National Preventive Mechanism (NPM), made a control visit to the Penal-Correctional Institution for Women in Požarevac. The visit team included a representative of the Protector of Citizens and a representative of the Victimology Society of Serbia.

The aim of the visit was to inspect the handling of the recommendations of the NPM from the Report on the visit to the PCI for women, which was carried out in April 2021 and during which the NPM monitored compliance with the United Nations Rules for the Treatment of Women Prisoners and Non-custodial Measures for Women Offenders, known as the Bangkok Rules. That report, together with the authorities' responses, was published in July 2021.

During the visit to the PCI for Women in Požarevac, the NPM team obtained information from the management of the institution and the head of the institution's services on the manner in which the recommendations were handled and reviewed the documentation related to the aforementioned. Further on, the team toured the newly established closed wards in two facilities, as the old pavilion housing the closed ward was displaced, to build a brand-new facility. Also, we conducted several interviews with convicts who were assigned to closed wards, including two who, at the time of the visit, were undergoing the disciplinary measure of solitary confinement.

Cooperation with the institution's management, as before, was good.

During her presentation on the topic "Protection of mental health is a matter of human rights", Tanjević, PhD, presented the activities of the Protector of Citizens aimed at improving the position of persons with mental disorders, and in particular the findings and recommendations of the National Preventive Mechanism from the report on the visits to psychiatric institutions and social protection homes. As part of the conclusion, she emphasized that it is necessary to develop a network of services for the protection of mental health in the community without delay, which will provide comprehensive mental health protection, with the least possible restrictions and as close as possible to the family, to strengthen the existing specialized services at health institutions in terms of staff, to ensure continuous education of employees in in the field of mental health, increase the number of specialists in child and adolescent psychiatry, develop services for the prevention and treatment of children and young people with addiction diseases, for whom mental health care services must be equally accessible and of high quality, and improve the care and treatment of elderly people with mental disorders. 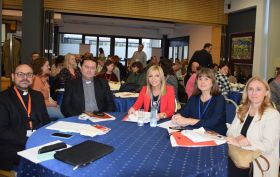 The Protector of Citizens will continue to monitor and support all activities of organizations in the field of mental health that provide assistance to persons with mental disabilities and their families, and in this sense, the implementation of Caritas projects is very important for the social inclusion of persons with mental and intellectual disabilities and the process of deinstitutionalization, said the Deputy Protector of Citizens, Nataša Tanjević, PhD.

The Protector of Citizens, symbolically, on the birthday of the former President of the Republic of South Africa, Nelson Mandela, which, by the Resolution of the United Nations General Assembly from 2010, is marked as International Nelson Mandela Day, in recognition of his contribution to the culture of peace and freedom, published a report on the activities of the National Preventive Mechanism (NPM) in 2021.

Like the previous one, this reporting period was also marked by a large number of thematic visits that the NPM carried out in order to examine and determine the situation in certain areas. In this regard, the NPM carried out visits to monitor the treatment of migrants at the borders, monitor the implementation of the United Nations Rules on the treatment of women prisoners and non-custodial measures for women offenders, known as the Bangkok Rules, to monitor the treatment of persons apprehended and detained, monitor the handling of the recommendations of the European Committee for the Prevention of Torture and Inhuman or Degrading Treatment or Punishment (CPT), which were sent to the Republic of Serbia after the visit in 2017, etc. During the reporting period, the NPM developed a special methodology for visits to institutions for the enforcement of penal sanctions, with the aim of checking for the existence of torture and other cruel, inhuman or degrading treatment or punishment. For the first time, during the visits, the NPM exclusively focused on the implementation of measures to maintain order and security in the institution, the treatment of persons deprived of their liberty in the closed departments of the institution, and the method of documenting injuries of a person during the enforcement of the sentence.

The report presented findings and general and individual recommendations for improving the situation in this area and highlighted activities that must be undertaken in order to ensure a more effective fight against torture and improve the protection of human dignity.

The report represents another contribution to building a society without torture, a society in which the physical and psychological integrity and dignity of every citizen is respected, in every situation, without exception and regardless of the circumstances. 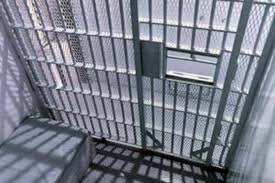